A day at the Canal Pride 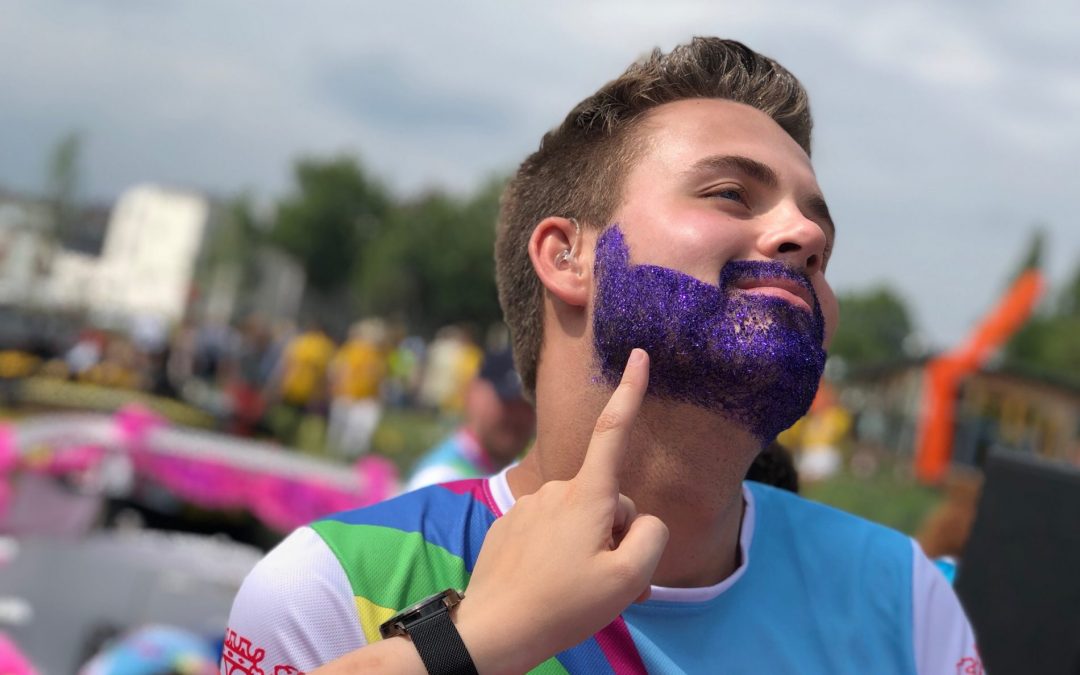 The atmosphere was pretty good soon after a number of the SHOUTers and GSA members of the Pantarijn met at Ede-Wageningen station. Largely brightly colored and packed with rainbow flags we arrived at the boat a good half an hour later. A part of the board was already busy preparing the lunch that they had made for us that morning. The boat was equipped with a sound system and banners while around us the boat of the police ‘Pink in Blue’ and a few other richly decorated boats blew their pounding music into the canals. Only at two o’clock would we sail, but time flew!

Perhaps we felt a bit intimidated at first by all the extravagant musical violence around us, because it took a while before we really let go. When we were just under the first bridge, one of the hundreds of spectators suggested that we should be a bit more enthusiastic, and he did not have to say that again.

It was a great celebration of joy, acceptance and inclusiveness, where our SHOUT boat with a mix of all the letters from the familiar abbreviation was very representative!

During the 2-hour trip with only friendly and smiling faces on the quay, we shouted the lungs out of our bodies and danced until we fell down. When we finally berthed outside the center everyone was tired, especially the organization (tribute!) Was satisfied but also very happy that their bed did not have to wait long anymore.

Despite the fact that we were a bit of an underdog between all boats, no subwoofers or very extravagantly dressed people had been on the boat, the name of SHOUT was seen by many people and in our way we could put a small but clear stamp on the Canal Pride !