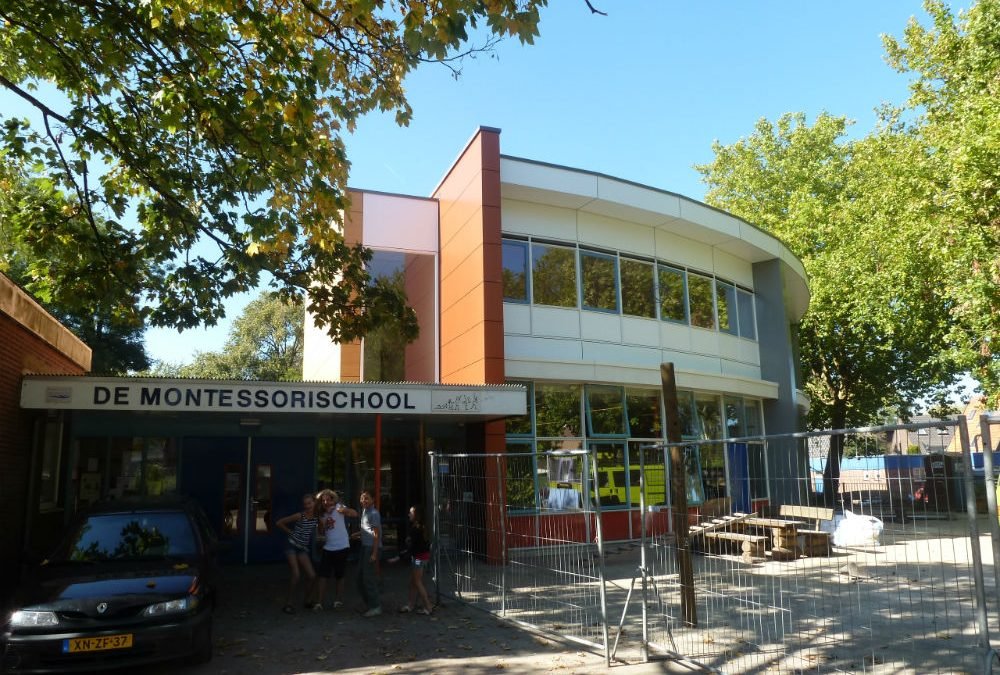 Friday March 25th Manon (she/her) and I (Lien, they/them) went to the Montessorischool in Wageningen as part of the education committee of SHOUT. We went to two classes, both with kids from 9-12 years old. After an introduction where we explained what the letters LGBTI stood for and telling the class something about SHOUT, the kids could split up into five groups and participate in several games and exercises. They enjoyed them! Especially the game memory was played with a lot of enthusiasm, but the kids also enjoyed the exercise where they wrote their associations with a certain picture on a large sheet of rainbow cardboard. A picture of two women in wedding dresses quickly turned into an epic tale of a rival superhero and supervillain falling in love.
After making the exercises we discussed one of them: a list of true/false statements. It was fun to see many kids did not know the term ‘hetero’, and that they were very enthusiastic about the possibility of male penguin couples existing. When the answer to that particular statement turned out to be ‘true’, one of the classes genuinely burst into a small applause. After this, Manon and I told our own stories. The kids listened attentively and could ask questions afterwards. One of the classes had just had a presentation by one of the students about LGBTQ+ topics, so they were very prepared and had lots of questions. Kids from this class asked me about my pronouns(!?!?!), whether I had an X in my passport, where I buy clothes, whether I’d wear a bikini or just swimming trunks, which toilets I would use, and more. They were very compassionate about the struggles that come with being a non-binary person in a world that is often separated by binaries, which I was touched to see. They also asked at what age you were allowed to become a SHOUT member. Extremely cute. When we were talking about ages, they wagered a guess as to our ages: Manon (25) was estimated at 16, and I (23) at 18. Always fun.