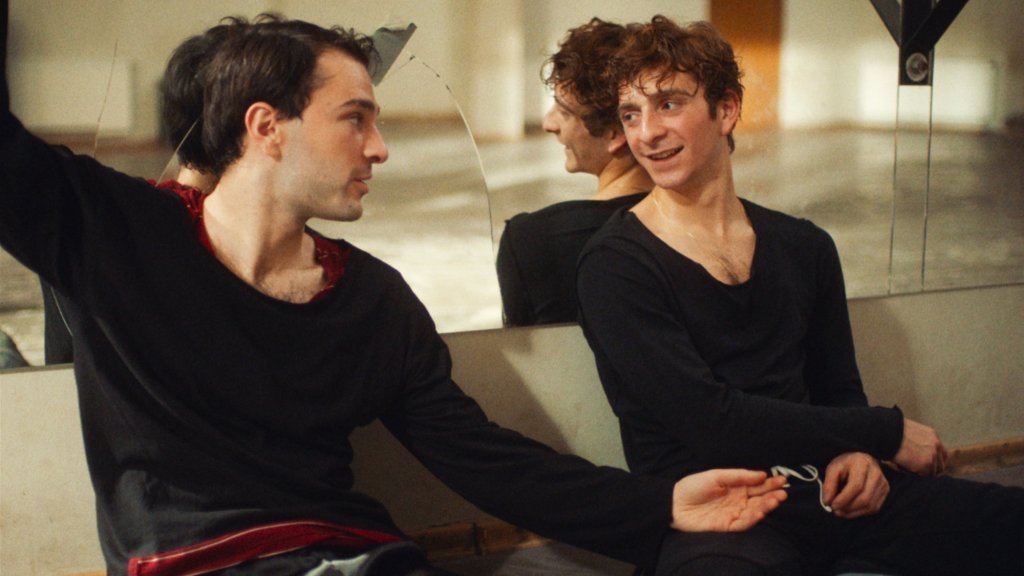 Merab is a young dancer with a big dream: to be a professional dancer of the traditional Georgian dance in the National Georgian Dance group. With the auditions coming up Merabs world is turned upside down with the arrival of the charismatic Irakli. He turns out to not only be Merabs biggest competition but also his biggest desire.

The movie is directed by the Swedish Georgian director Levan Akin. It was the Swedish Oscar nomination of 2019. The movie takes place in Georgia and is also fully Georgian spoken. This gay movie was not welcomed with great enthusiasm in Georgia. The movie set was guarded and the choreographer of the Georgian dance stayed anonymous for safety reasons.

You can feel this homophobic atmosphere in the movie. Especially when the female dancers gossip about a male dancer in the national dance ensemble that was caught with a man. His friends beat him up so badly, that he almost didn’t survive. It is clear: Georgia is a land of tradition, (poverty and alcoholism). The flirtations and tension between Merab and Irakli are shown via looks, body languages and dancing. Unfortunately we are not the only people to notice this.

You will already have seen this movie in a way. In an environment where homosexuality is not accepted, two men fall in love. Do they leave this environment or do they conform with the straight norm?

This movie is intense and beautifully made. A real tip, especially when you like a dance movie.