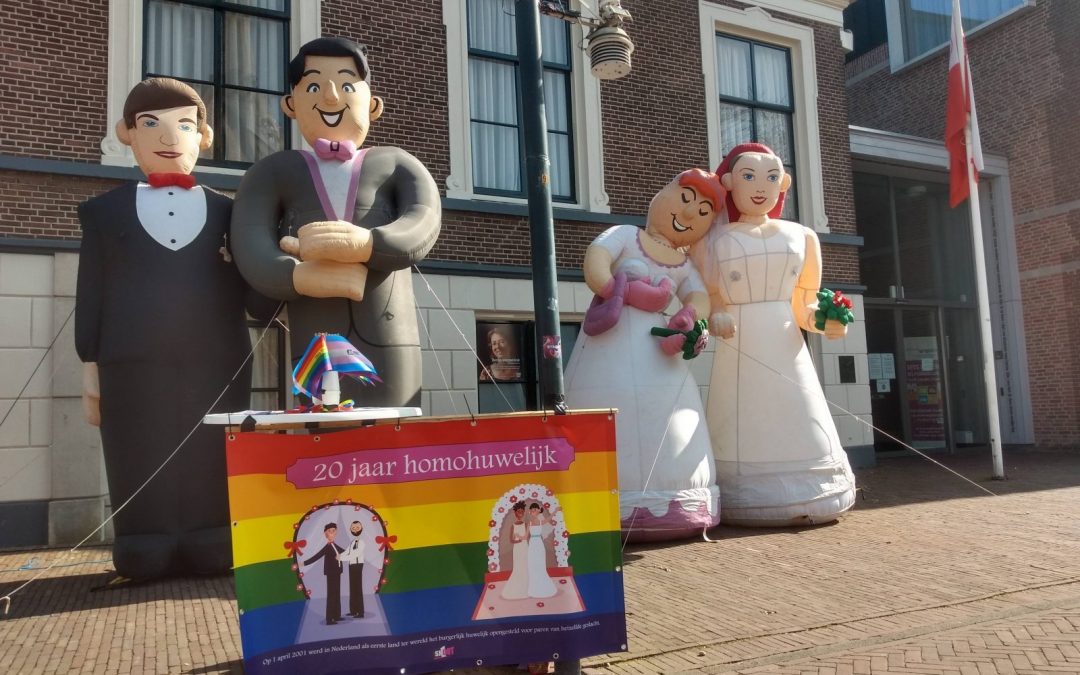 Today the rainbow flag is flying at many town halls. Today it is exactly 20 years ago that it became possible for same-sex couples to get married. The rainbow flag is also hanging in Wageningen. For the astonished passer-by who had not yet heard it in the media, there is an explanation right around the corner. The wedding platform of the town hall has been decorated by SHOUT with rainbow flags and a banner. 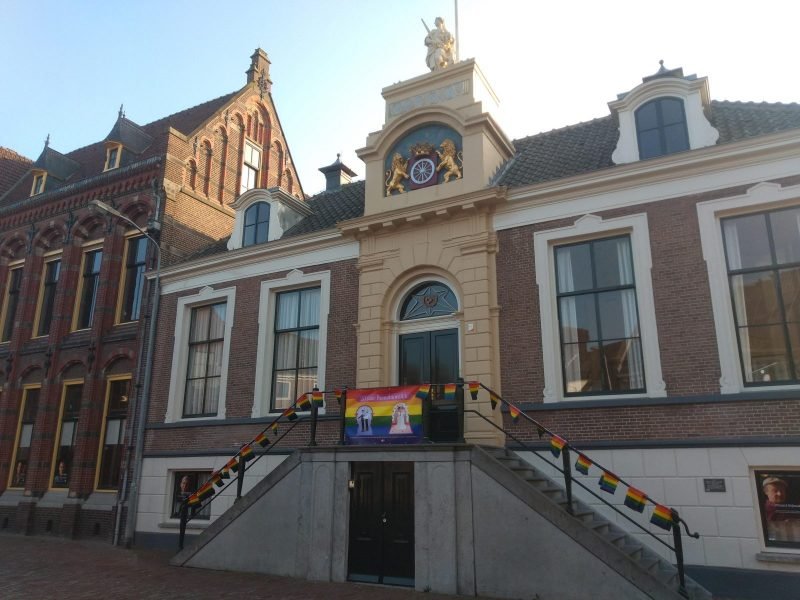 We have already celebrated the anniversary yesterday during the market with SHOUT with four three-meter-high inflatable dolls, a male couple and a female couple next to the entrance of the town hall, it was not to be missed. All day long people came to have a look and many took pictures. SHOUT members were there all day to keep an eye on the dolls and to replenish the supply of small rainbow flags that people were allowed to take home. It resulted in nice conversations. Small children who think it is strange that there was a time gay couples couldn’t get married. People who congratulated us on the anniversary and people who thanked us for paying attention to it. There were married couples who talked about their wedding, proud mothers and grandmas who talked about their children and grandchildren and their partners. Especially there were many people who gave a thumbs up.

Today it is really 20 years ago and the Dutch media is posting quit some articles.

One of them is our new journalist of the PR committee. You can read Maurice his first article on 20 years of gay marriage here: https://shoutwageningen.nl/en/same-sex-mariage-20-years/