Two SHOUT volunteers on the OCW boat during Amsterdam Pride 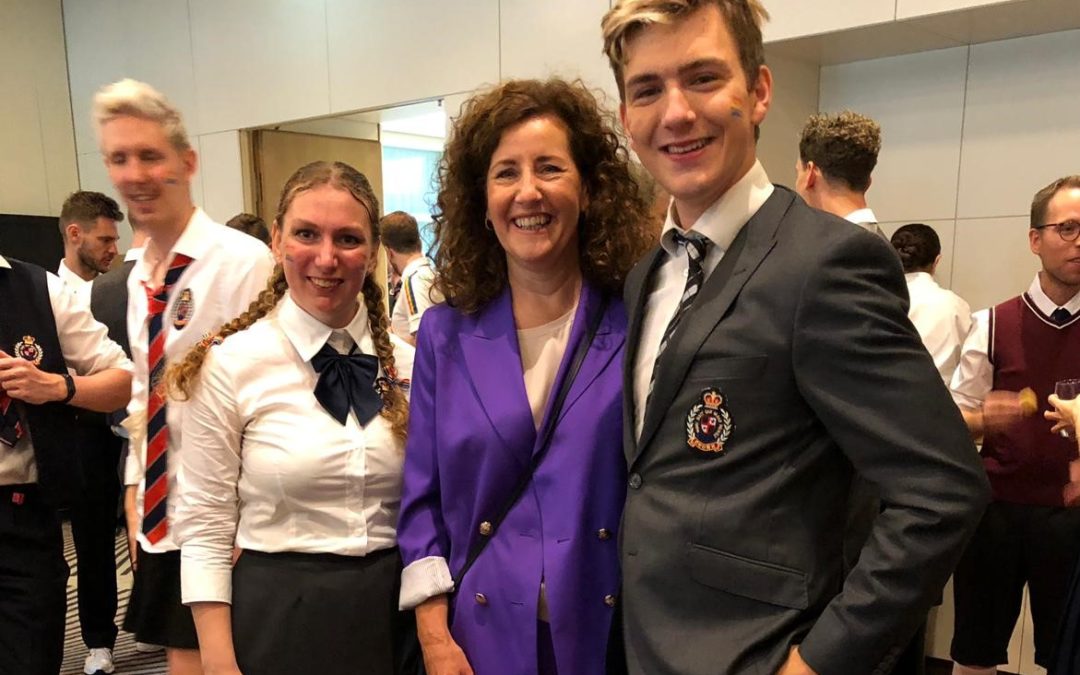 Hello everyone, great you are reading about our Gay Pride adventure. Last Saturday we (Lies and Jaap) enjoyed ourselves very much because we were coming along on the boat of the Ministery of Education, Culture and Science (Ministery of ECS) during the Canal Parade in Amsterdam. We had to start early Saturday, because at 09:15 we were expected in Amsterdam to prepare for the Parade.

During the Canal Prade the Ministry of ECS participated with its own boat bearing the theme: Safety in the Classroom. Persons who contributed to a safe learning environment for LGBTQI students and teachers were invited to come along on the boat of the Ministry, and therefore two SHOUT volunteers from the education committee came along next to many students, teachers and policy officers. With the lessons of the SHOUT education committee we are also contributing to an improvement in the acceptation of LGBTQI+ persons within Dutch education.

Next to all these people, also the Dutch minister of education, Ingrid van Engelshoven, came along on the boat together with Dolly Bellefleur as a special guest. Dolly performed with a song, written for this special occasion, on the need for the space to be yourself in school. Our boat was set up as a school class, with all the participants dressed in a traditional school uniform.

In the morning, everyone of course needed to get in their uniforms, and of course the make-up was not to be forgotten. We also made sure to properly rehearse our little dance together, because on the boat we needed to shine. After a cup of coffee, a donut and a picture with the minister it was time to board our boat and set off into the canals of Amsterdam. Already after the first bridge the quays were full of dancing, laughing and cheering people. You could almost touch the love and the party on grew during the day. Standing one a boat really made you feel like a celebrity. Everyone, young and old, joined in dancing along, and amid all the dancing it was sometimes difficult to be careful, because all the 23 times we passed a bridge, it was important to duck in order to avoid hitting your head.

After each bridge we sang our songs, which were ‘Hit me baby one more time’ by Britney Spears (although our uniforms were a bit less sexy than those of Britney) and Dolly’s boatsong, together with other nice songs that contributed to the air of festivity over the parade. At the end of the day we had heard the songs so often that we were slightly fed up with them of course, but for the audience to the side it was of course very nice to see us being able to dance and sing along perfectly. Apparently not only the crowd but also the jury was enthusiastic about it, because our boat won the prize for the boat with the best statement. Of course we are immensely proud of this and it has certainly motivated us to continue educating school classes in Wageningen in order make sure every student there feels safe.

After a whole day of partying, dancing and enjoying the time had come to get of the boat again (with sore legs though), where we could finally go home (or into the city in order to continue partying.